I like technology. In fact, I think it’s pretty safe to say that I tend to nerd out about all things technological. While I’m always checking out fun new tools for staying organized and getting things done, I always have a few things that I keep coming back to. Here are my must-use tools and bookmarks to keep on-point during the day. 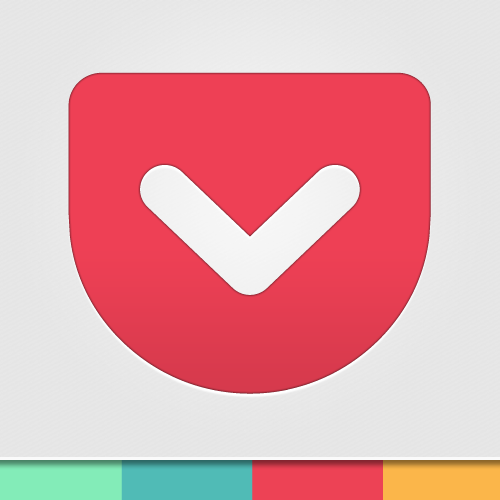 I’m not ashamed to admit that I’ll read anything and everything that is put in front of me. When I’m out and about on the hunt for content for my clients, I inevitably encounter a hundred and one different rabbit holes to go down, surfacing only hours later to mutter something incoherent, fascinating, and not related to the work I’m supposed to be doing.

For people like me who want to read everything but can’t do so at work, I recommend installing the GetPocket extension on your Chrome, and then installing the app on your mobile devices and home computer.

GetPocket lets me file away fascinating websites for later perusal, and keeps me from having to exercise the willpower it takes to not read a fascinating article— leaving me with more energy to stay focused on finding interesting news for my clients.

As someone who hoards information like dragons hoard gold, closing out of a tab tends to give me the kind of full-body shivers more commonly associated with hearing nails on a chalkboard. This means, of course, that my windows and tabs get way out of control.

To combat this, I use the Awesome Window & Tab Manager Chrome extension. It pulls up a list of windows and tabs that I have open, allowing me to switch quickly between windows and projects. While there are sleeker, quicker tab managers, I like the Awesome one because a) it shows the title tags of the websites I'm viewing, and b) it's awesome.

At work, we use Mac computers. I have a Mac laptop at home, as well as an iPad. But my phone is an Android, and I regularly use other Android, Windows, and occasionally even Linux devices as I show my friends various stupid pictures I’ve taken of my cat, share important documents, and so on.

Between Dropbox, Evernote, and Google Drive, I can access any of my files at any time, no matter where I am or what device I’m using. Evernote is great for taking notes on the go, and it’s a brilliant way to organize ridiculous amounts of documents— it’s where I do all my writing, and the tags and notebooks functionality make it easy for me to find anything I’ve written.

For documents I need to collaborate with friends on, like blog posts, travel planning spreadsheets, or even the occasional creative writing project, I use Google Drive. With a variety of permission settings and simple sharing features, Google Drive means that my friends, colleagues, and I aren’t playing document hot potato by email. 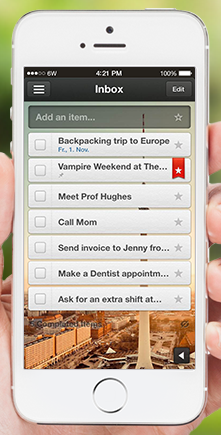 Meanwhile, Dropbox lets me seamlessly share files that I won’t be editing between one device and another. Every picture that I take, no matter the device, is automatically sent to dropbox, and is also downloaded onto my home computer. I keep finished, formatted files that I share with people— like friends' resumes, audio files, dumb cat videos, and so on— on dropbox and send the download link to people.

I’m a list person. I love lists. I keep lists everywhere, or at least used to scribble lists down on every sheet of paper I could find…. until a friend introduced me to Wunderlist. From personal reminders and shopping lists to shared tasks to tackle, Wunderlist has great functionality, allowing users to keep private lists and also allowing users to share and collaborate on lists. The platform has desktop, web, and mobile support, so you can access your lists anywhere.

What productivity tools do you used to keep yourself organized and on point? I’d love to hear new suggestions for great tools to use in the comments below.

A Marketer’s Guide to Timely Trendspotting