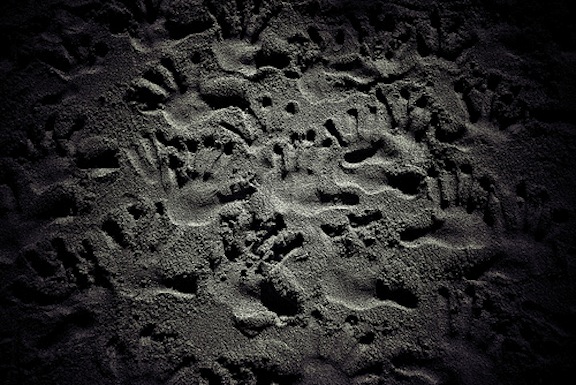 In a paid search advertising campaign, there two main places your ad can appear in Google: in the right column with the rest of the paid ads and on top of the page just above the organic search results. As you may imagine, the paid ads that appear on top of the organic search results receive higher visibility and more impressions than their competition in the right hand column. It is very difficult, if not impossible, to predict if your ad will appear on top or on the right hand column. And, up until now, a ton of intense bidding, “what if’s” and highly educated guesswork goes into getting there. Now there is a little less (or more) “what if” in the PPC world with the introduction of the new metric “Estimated Top Impressions” in AdWords’ Bid Simulator. Bid Simulator The Bid Simulator is a Google AdWords feature released a little over a year ago that allows you to see how different keyword-level bids may have impacted your advertising results. Using data collected from the past seven days, the feature simulates the clicks and impressions your ad could have received with different maximum CPC bids.

You can access the Bid Simulator by clicking on the icon next to the Max. CPC bid. Estimated Top Impressions The new metric in Bid Simulator, called Estimated Top Impressions, shows you how many “top” impressions your ad would have gotten in the past seven days. “Top” means that your ad would appear above search results, not beside them. This is an important distinction because, like noted before, paid ads that appear above search results are significantly more visible to users than the ones that populate the right column. This new metric is a very useful tool for your paid search advertising campaign no matter if you have just a few valuable keywords or a slew of terms in your stable. By targeting keywords with more estimated top impressions, your ad will get higher visibility, which should lead to more clicks, customers and conversions. Check out this screenshot of the new Estimated Top Impressions metric, courtesy of the Inside Adwords blog: 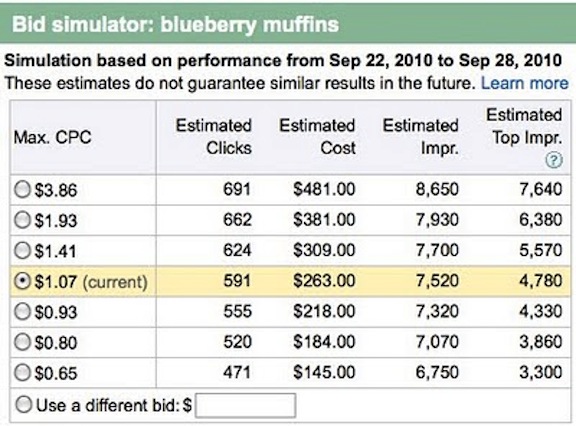 In the example above, you can see that where estimated impressions have very little increase occurs from the lowest CPC to the max CPC, the estimated top impressions make a significant jump from 3,300 to 7,640. Before this metric, it would appear to make sense for staying at your current spend. But with the “estimated top impressions” metric, a higher CPC may make sense with the amount of quality impressions your ad would get at the top spot. If your primary paid search goal is to get to the top of the search engine rankings as paid advertising, Estimated Top Impressions is a very valuable metric to focus your campaign around. While the average position metric only indicates a relative page positioning to your competition, this metric is the best indication as to whether your ad is appearing above the organic search results or in the right column. Disclaimers 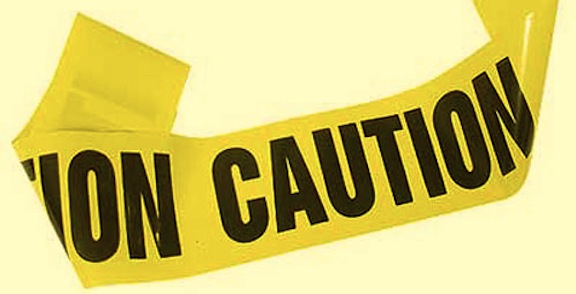 Keep in the word “estimated” here. This doesn’t guarantee results. Simulations of this metric is only provided if there is enough traffic on a given keyword to conduct a significantly meaningful analysis. Also, this metric is only measuring impressions the search engine Google. Other search engines may, and probably will, display ads slight different. Estimated Top Impressions is up and running in Bid Simulator, and it is currently being incorporated into AdWords reports. Thank You For Reading! 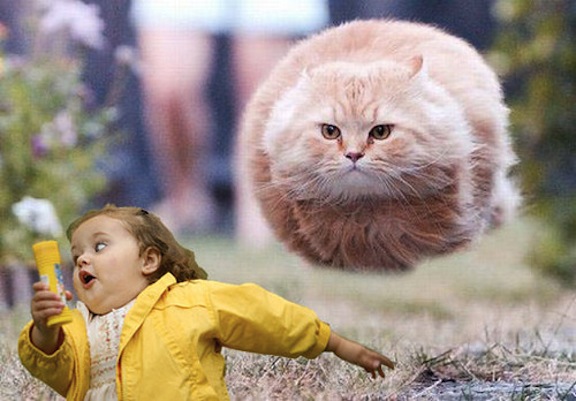 No one likes people who don’t share, especially giant flying cats. So if you liked what you read, please share my post with any of our socially-labeled buttons, or we’ll sick Fluffy after you! Please subscribe to our RSS feed as well so you can receive daily fodder from our blog.

The summer brings warm weather, vacations, beach days, and BBQ. Combined, all of the above could spell disaster for your website traffic, leads, and sales. These three tips may help you mitigate the loss.