One of the biggest stories in tech and entertainment today has been the announcement that Netflix now has more subscribers than HBO. NBC News reports, “In a letter to shareholders, the movie-streaming service said it added 1.29 million domestic subscribers during the third quarter and 1.44 million in international subscribers, bringing its total to more than 40 million members, up from 30 million a year ago.” Coupled with these numbers was the announcement that Netflix plans to double their investment in original content during 2014. 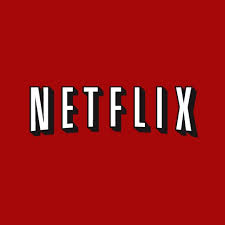 Netflix is the latest example that, when companies invest in original content, people notice. This year has seen a slew of awards and recognition for Netflix’s hit original series like “Orange is the New Black”, and their Emmy award winning show “House of Cards.”

Surpassing cable juggernaut HBO in total number of subscribers is an important benchmark considering many see Netflix as being for the Internet what HBO was for cable. As HBO continues to move into online spaces, and Netflix gets more comfortable with cable TV streaming, it will be interesting to see how the two cohabitate. As companies known for creating high quality, original content, it seems likely they’ll both continue doing much better than the other company Netflix used to be compared to - Blockbuster. 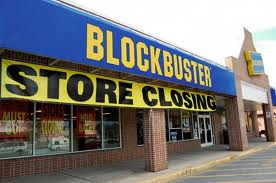 And that is where the real lesson lies in this story for digital marketers. The real story here isn’t in the success or failure of entertainment companies, it is in the huge possibilities of success for companies that expand beyond their normal base and start providing original, valuable content for their customers.

One of the main principles of content marketing is that businesses need to begin to think like publishers. As content marketing guru Joe Pulizzi often points out, examples of this success are everywhere, starting with John Deere’s ride to success over a hundred years ago through the publication and distribution of The Furrow Magazine. Originally designed as a method to sell seeds, the magazine gave John Deere the aura of authority and built the trust of their audience, allowing them to become the major agricultural powerhouse that they are today. Other examples include auto repair club AAA who cornered the market by providing roadside motel discounts, free maps and travel guides, or the popularity of Kraft’s “Food and Family Magazine” and cookbook series, which helped define family dinner for a generation.

Netflix’s new position of dominance will likely be a conversation topic in online and entertainment circles for years to come. However, don’t allow the glitz and glamour of Hollywood to outshine the basic marketing lesson here - if you want to help build your business or brand to the next level, consider investing in original content that meets an audience need. It doesn’t need to be a produced TV show matching entertainment needs, a farming catalogue matching supply needs, or a recipe magazine providing domestic tips, but should instead be something original to your industry. When used properly, original content can help redefine your business in amazing ways.

What is Content Curation, Why Should I Care, and How Does it Work?