As Twitter took over everyone’s lives as the next best thing, it made Social Media more relevant to adults who were secretly waiting for their turn to socialize online without scrutiny. Twitter allowed for people to incorporate their ‘expertise’ into social media, without being spammy. Twitter is rendering other social networks obsolete, MySpace is being overwhelmed by bands, and Facebook is no longer the best avenue for brands to become a relevant member of an adult’s social circle. When Twitter hit the web, it’s live streaming and 140 character limit allowed people and brands to have more of a conversation, without the jabber of ‘millennial speak'. It was just a matter of time before a new evolution of Social Media would combine the ideas of social technology and bring a new communication service to the web. In an attempt to do so, Google created ‘Wave’, a service that brings e-mail, collaboration, instant messaging, and networking into one platform. The new tool is already making waves and inundating the other social giants with anxiety. Basically, Google Wave is a real time communication platform that is aimed to revolutionize how we use e-mails, docs, chat, etc. all in one. Google Wave is the brainchild of three Google-onians: Lars and Jens Rasmussen of the technical staff, and Stephanie Hannon of the Google Maps team. They have created, in essence, not only a new platform for communication, but new terminology. Wave is a specific, threaded conversation. It can include either one person or multiple people, and it combines instant messaging and e-mail replies. It is a record of everything you have ever said in one particular conversation, no matter what method of communication you chose to use. According to Google: Wave is equal parts conversation and document. Users can communicate and work together with richly formatted text, photos, videos, maps and more. Waves are shared. Any user involved in the conversation can message, edit or add participants at any point in the process. There is a playback feature that let’s anyone rewind and see “who said what and when.” Wave is live. The conversations, interactions and edits are all live. This means faster communications and quicker solutions. This new tool brings another level of innovation to online communications, with features that improve the functionality of social. Features: Embeddability - Waves can be embedded on blogs and websites. Playback - You can rewind and playback any part of the wave to see what was happening when. Applications and Extensions - Similar to Facebook, developers can build their own apps within Google Wave. Wave-pedia? - The functionality of Google Wave is much like Wikipedia’s allure. It can be edited by anyone else, because all conversations are shared. This allows the information to be corrected, appended or added within an on-going conversation. Auto-correct - Will this render spelling bees a novelty? Don’t tell Kavya Shivashankar that Wave will auto-correct the spelling, and it can auto-translate. Drag-and-drop file sharing - No more attachments! Drag your file and drop it into Google Wave and everyone participating in the conversation can access it. Google also plans on making Wave open source in hopes that developers may go and build their own Wave servers. Google plans on releasing the new platform later this year to the public. If you would like to be alerted when it is available, go here. Volacci is the leading Drupal SEO company and very passionate about your online success. By the end of your contract you will have at least as much additional business from your web site as you spend on our services... or we'll work for free until you do. Volacci.® Your Profit. Our Passion.

Some of you may have already begun to notice that with the holidays rapidly approaching your web traffic has started to drop significantly. This is typical. During the holidays, we have noticed that outside of e-…

The Super Bowl is practically a national holiday – a record-shattering 106.5 million people tuning in this year, according to some guy named… 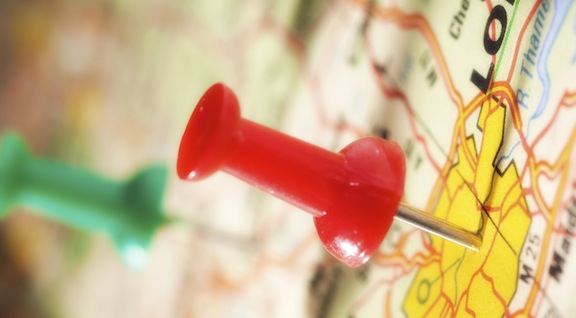 Whenever possible, Google has always customized your search results based on your physical location. That way you can find a local phô restaurant or…