The Advent of Tumblr and Its Place in Social Media Marketing 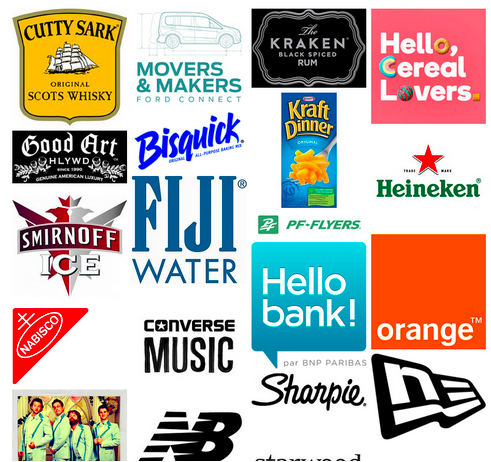 With Yahoo’s recent acquisition of Tumblr, many have asked themselves what these two companies could possibly have in common. Not much, but Yahoo’s CEO, Marissa Mayer, is making an active effort to revamp the tech giant’s image.
It only makes sense that she would set her sights on one of the youngest, most up-and-coming social platforms around. Perhaps you should, too. Many people above the age of 25 may not know exactly what Tumblr is what it does. But learning about what it can do for your content marketing efforts may just earn you a coveted spot with the 18-25 set.
What’s a ‘Tumblr’?
Tumblr (pronounced ‘tumbler’), is a visual sharing platform, originally intended as a form of expression. It is meant to empower creators in making their best work directly available to the audience that wants to see it.
Its users are young and the platform itself doesn’t always appeal to everyone. It offers a stripped down, back-to-basics, micro-blogging option on top of image sharing. Nevertheless, its main draw is visual content.
With this innovative way of displaying images through a ‘feed’, marketers have embraced this platform as a new way of engaging with their customer bases. Rather than trying to sell, their main objective through Tumblr is creating bonds and strengthening them by reinforcing their own image and message. Tumblr is a place where brands can express themselves a bit more freely.
They do this by offering intimate, behind-the-scenes glimpses of what’s really going on-- the true spirit of the brand. This type of communication really speaks to the demographic of Tumblr and it generates the highly sought-after loyalty brands so desire. From a marketing perspective, this is an incentive to make quality content that hits the right notes: a compelling image can soon go viral, transcending Tumblr, going into more mainstream platforms and communities.
Tumblr offers direct and exclusive communication with a brand’s followers. Brands won’t connect just on a visual level, but on a personal level as well. It enables written interaction between users, which gives brands the unusual opportunity to receive information from its key clientele, while creating  the connections that generate brand loyalty.
When an image or message resonates with a user, it’s shared with their followers, giving Tumblr the potential to make content go viral sooner than it would on other mediums like Facebook or Twitter.
Successful brands on Tumblr understand who is on Tumblr and how it is used. Peak hours, educational and socioeconomic levels of users are important data points for digital marketing specialists to know since this enables the creation and posting of content with higher shareability.
Also, to view Tumblr, users don’t actually need a Tumblr account. This is one less hurdle in a marketer’s way to getting people to view their content.
Word of caution: Traditional marketing offers, promos and sales won’t work here. If there is one thing this audience doesn’t like, it’s overt marketing efforts. Brands trying to openly sell something end up being ‘unfollowed’ in droves.
What’s old is new: IBMblr
While thinking of the über-young demographic of Tumblr, it is surprising that the content being generated comes from decidedly NOT youthful brands, perhaps in an effort to liven up their image with a younger generation.
This is the case for IBM, whose Tumblr account “IBMblr” is generating lots of buzz. The content is centered around innovation, invention, and ideas- all core values that have allowed IBM to consistently win the most U.S. patents for 20 years running.
Considering the vast amount of products IBM has--all of which may seem irrelevant, too cold or complicated for the layperson-- IBMblr has taken the approach of humanizing said products, giving a short explanation and example of how its use applies to everyday life. With it’s hashtag #think20, it has also allowed it’s employees to take part in this new phenomenon and show pride in their company.
The list of brands on Tumblr is growing exponentially each day. Not just drinks, clothing or bands. There are also movies posting stills of their soon-to-be-released sequels, singers posting personal pictures, beauty stores sharing makeup tutorials, clothing stores posting behind-the-camera looks of their latest campaign.
This content slowly adds up, solidifies a brand’s image and, if done correctly, generates a reaction. This is key within Tumblr since it will lead to likes, comments and reblogs.
Also, don’t be turned off by the young demographic you’ll be working with-- these aren’t the only people on Tumblr. And with Yahoo getting its hand into the pot, you may soon see a wider audience.
It may not yet be obvious how your brand can take advantage of Tumblr. After all, there isn’t  one tried and true formula for this platform. A really important point to keep in mind before generating any content, is to understand what your product and brand’s underlying core values, mission and vision are. Draw on those qualities to create the content that will be transmitted to your followers.
Much like with IBM’s case, as long as you’re presenting content with personality and purpose, you are very likely to succeed in your social media marketing endeavors.

The Marketer's Guide to Memes: A Crash Course in Internet Humor